What is Standing Seam Roofing? 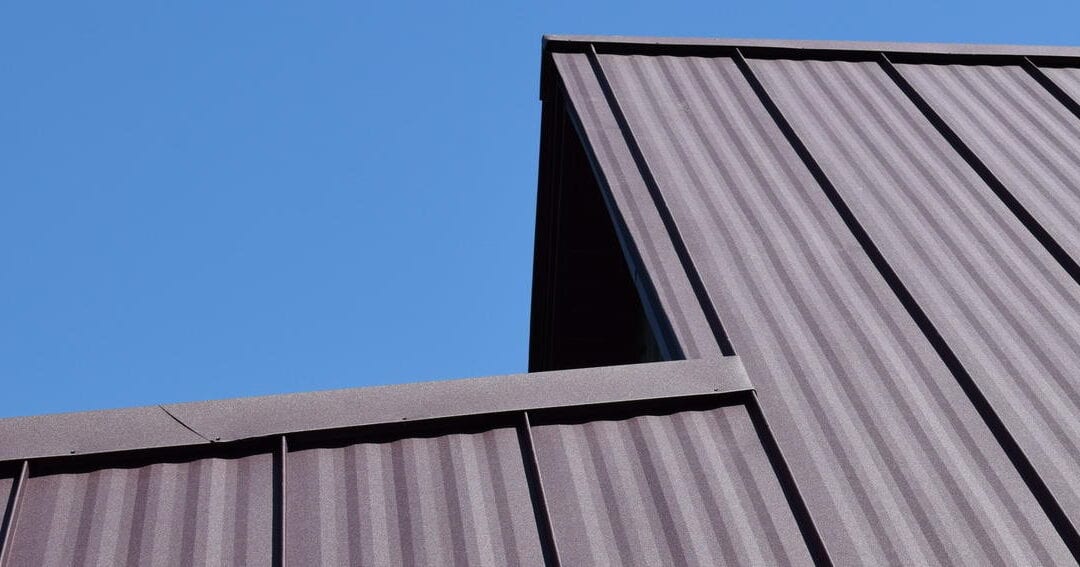 Standing seam gets its name because of its prominent visual feature. That feature is the raised interlocking seam which joins one panel to the next. Often called “commercial roofing,” or “agricultural panel roofing,” or even “barn roofing,” these products do provide the great protection and durability for which metal is known. There are two different methods in which standing seam paneling from All American Steel is installed.

Standing seam roofing uses a concealed fastener panel. Those panels are joined together by integral locking seams and are fastened to the deck with fasteners and/or clips that are hidden underneath each roofing panel. The Lexington and Concord are two concealed fastened panels. 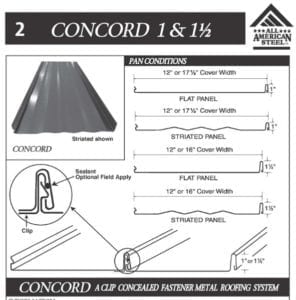 The term “standing seam” often is used as a generic description for a class of metal roof seams. Standing Seam Roofing is derived from the fact that the seams are joined together above the panel flats. What this does, is highly reduces the chance that any standing or running water comes in contact with the seam, doing its job in the meantime, keeping water out of the structure. Additionally, the term is also used to refer to a panel profile of the standing seam.

How are the seams joined together, to form that standing seam roofing panel, you may ask? There are several different methods in which the panels are joined together at the seam. All American uses two styles, including the concealed fastener “Lexington,” whereas there is a direct screw line of fasteners on one side of the panel, to secure the panel directly to the roof. On the other edge of the panel, a locking “snap fold” joins the two together. The second style, used on the “Concord” paneling, is a hidden fastener, “concealed fastener (clip)” system.  These are typically used where the panel runs are longer in length, and there needs to be room for panel movement. 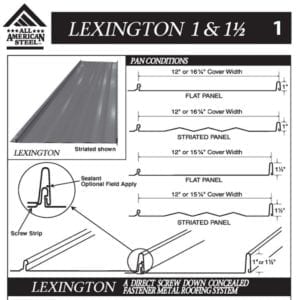 On the contrary, the other way to install a metal roof, is by using “Exposed Fastener panels,” which is the most economical option. Typically installed over solid decking, (or existing shingle and furring strips for re-roof applications) the panels are attached with fasteners that penetrate right through the metal panel into the structure below (commonly called “decking”).

Fasteners are available painted in the same color as the panel to make them blend in with the panels visually. The downfall with that is there are rubber washers between the screw head and the panel to keep any moisture out.  Eventually over time though, due to sun, heat, cold, freeze / thaw cycles and wind, the washers eventually fail and need to be replaced.  Thus, the concept of Standing Seam Roofing was developed.

For questions related to metal roofing and siding, feel free to contact us or further explore the All American Steel Website.

Additional information about metal roofing can also be found at the Metal Roofing Alliance website.