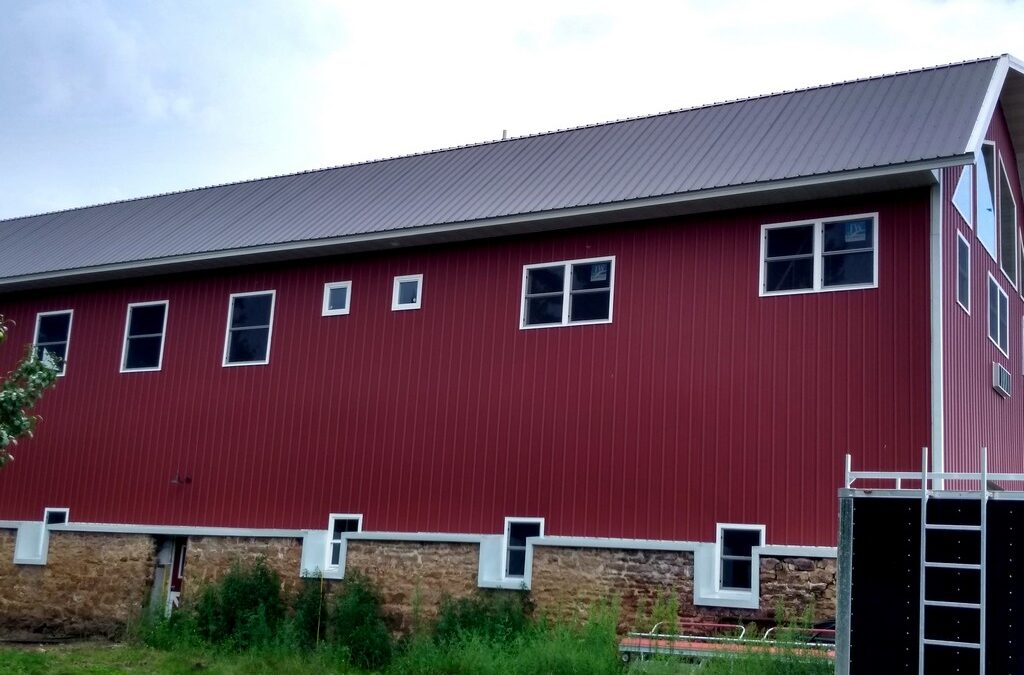 What’s up with that house that looks like a barn?

If you’re looking for a home with plenty of room, but with plenty of space to work and get dirty, perhaps it’s time to consider a barndominium (“barndo” for short), also frequently called a “shouse” (shed-house).

The shouse / barndominium, is not a new concept.  This residential living space combined with a workshop or utility space, likely dates back centuries. While it is an idea based strictly for functionality, it eventually became a popular home renovation show that would send the barndo / shouse trend into overdrive. But for now, we’ll just refer to it as a barndo in this article.

A barndo is just what it sounds like—a pre-existing barn that has been converted into a living space. Barndos have risen in popularity over the last several years, especially since the concept was featured on an episode of the HGTV show, Fixer Upper. In a 2016 episode, hosts Chip and Joanna Gaines converted a 1980s barn outside of Waco, Texas, into an updated farmhouse dream. It has been one of their most popular episodes.

A Barndominium From the Ground Up or Refurbished

The popularity of the concept even has many people building these from ground up.  They may look like a pole barn, but with a little extra design and style on the outside, but on the inside they are completely built like a normal home with garage or shop space.  Typically seen in rural areas, where larger plots of land are more affordable, the barndo is a good place to house toys like ATV’s, snowmobiles, automobiles and recreational vehicles or watercraft, all while living in it at the same time.

A 2020 Design Trend Survey conducted by The American Institute of Architects found that home offices and other multi-functional spaces are increasing in popularity. The multi-purpose flexibility that barndominiums offer makes them an appealing option to home buyers and builders.

The layout of barndos provide design flexibility due to the large open spans they offer, since post-frame buildings do not rely on interior load-bearing walls. Many of them feature energy-efficient windows, stained concrete floors, engineered concrete slabs, spray foam insulation and high ceilings.

While many companies specialize in barndo new construction, one that you can customize into your dream barndominium, other builders prefer to start with a pre-existing old barn.

Be prepared to get dirty and work on your Barndominium

The downfall of starting with an old barn, is that it will usually have dirt floors, or old concrete, that will need to be removed.  You will likely need to have the building raised a few feet and pour concrete underneath to help create a foundation. Further, if the barn has become warped over the years, you may need to reconstruct or reinforce the frame and install a new roof.

With the open concept, you’ll have to install anything that you may need inside your walls, or build new ones to section off living spaces. Plumbing, HVAC system, and wiring for electricity will all need to be added to accommodate your design. Keep in mind that the barn likely has not been climate-controlled in the past when you consider adding a kitchen, bathrooms, bedrooms, and all sorts of electrical outlets, switches and boxes for lighting.

Depending on how the owner plans to use the barndo, they can be simple like a weekend getaway cabin or project area.  However, others may use them to live in full time, with amenities like pools and wrap-around patios.

But most importantly, before even starting this kind of project, be sure to consult local zoning and building code regulations to see that it will be feasible.  Securing financing may also be a potential barrier to barndominium development. For instance, some banking institutions may have different lending parameters for barndominiums. Or perhaps your municipality does not issue permits for residential barndominium projects. Do your research first!

While barndominiums are growing in popularity, the market for them remains much smaller than that for conventional homes. But the flexibility of design, space, and use of re-purposing an existing structure may be best for what the owner has in mind.

Contact the All American Steel Team today about panels that you may want to use on your shouse or barndominium project. 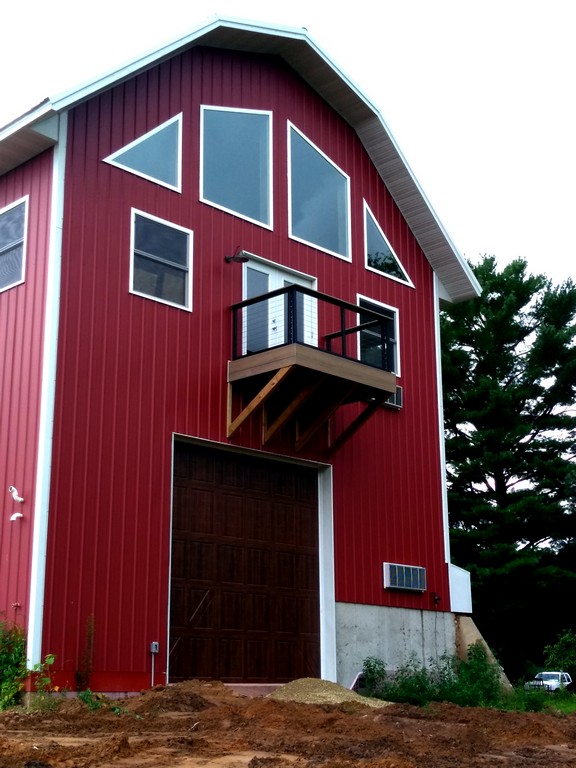